Disclaimer:  I received free entry to the Runner’s World Half and Festival grand slam of races as part of being a BibRave Pro. Learn more about becoming a BibRave Pro (ambassador), and check out BibRave.com to review find and write race reviews!

The 5K was the second race of the Runners World Half and Festival weekend and first race on Saturday. Since I had run the grand slam of races (all four runs) I had my bib from the trail race the day before. So there was no need for me to pick up a bib for the 5K.

However it is important to note that since the expo was open all weekend bib pick up was super easy. You could go as early as 12:00 Friday afternoon to pick up your bib for any of the runs of the weekend. And since this was a whole weekend of races the expo was second to none. You could visit vendors selling traditional running gear, taste the fluids being offered on the course, or even try an alcoholic sample (if you were of age of course).

The 5K course was a standard course for Bethlehem. However if you have never run that city you should know it is pretty hilly. Overall runners went through a few hundred feet of elevation just for the 5K. Even though it was only 3.1 miles the course was still filled with spectators and even some on course entertainment. The course ran through the business areas of Bethlehem as well as some parts of the residential neighborhoods.

Post race was a continued party (this was a weekend festival after all). Runners could go back to the expo and hang out there or visit the many visitor areas that the steel stacks (race location) has to offer. So as far as a 5K goes this may be one of the better ones out there since it is in the middle of a weekend long festival. A must run for sure. 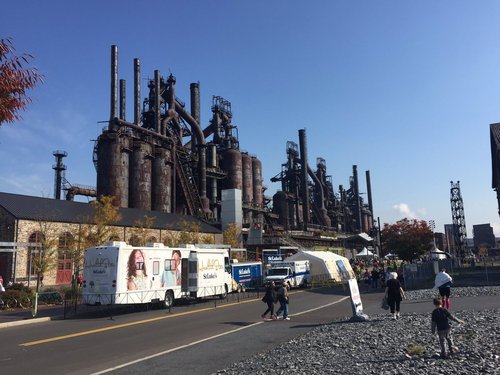