The 2016 5,000 Yards Dash was the first ever of its kind, and I hope to see it come back. The run was hosted by the Great American Brewery Run series, a group who is known for hosting beer focused runs and Yards Brewing was the primary sponsor of this run (hence the name).

The pre-race swag was top notch. If you didn’t chose to get your bib on the race day you could stop the day before at the local Dave and Busters to pick up all race swag. You received a bib, finishing coaster (instead of medal) and a pint glass with the race logo on it. If you got there early enough you could even buy a growler with the race logo on it (they had a limited amount so you needed to get there early). All great swag for a beer themed run. Bib pick up was a seamless process. You got in line, gave them your name and bib number and got your swag. No fuss, no hassle. 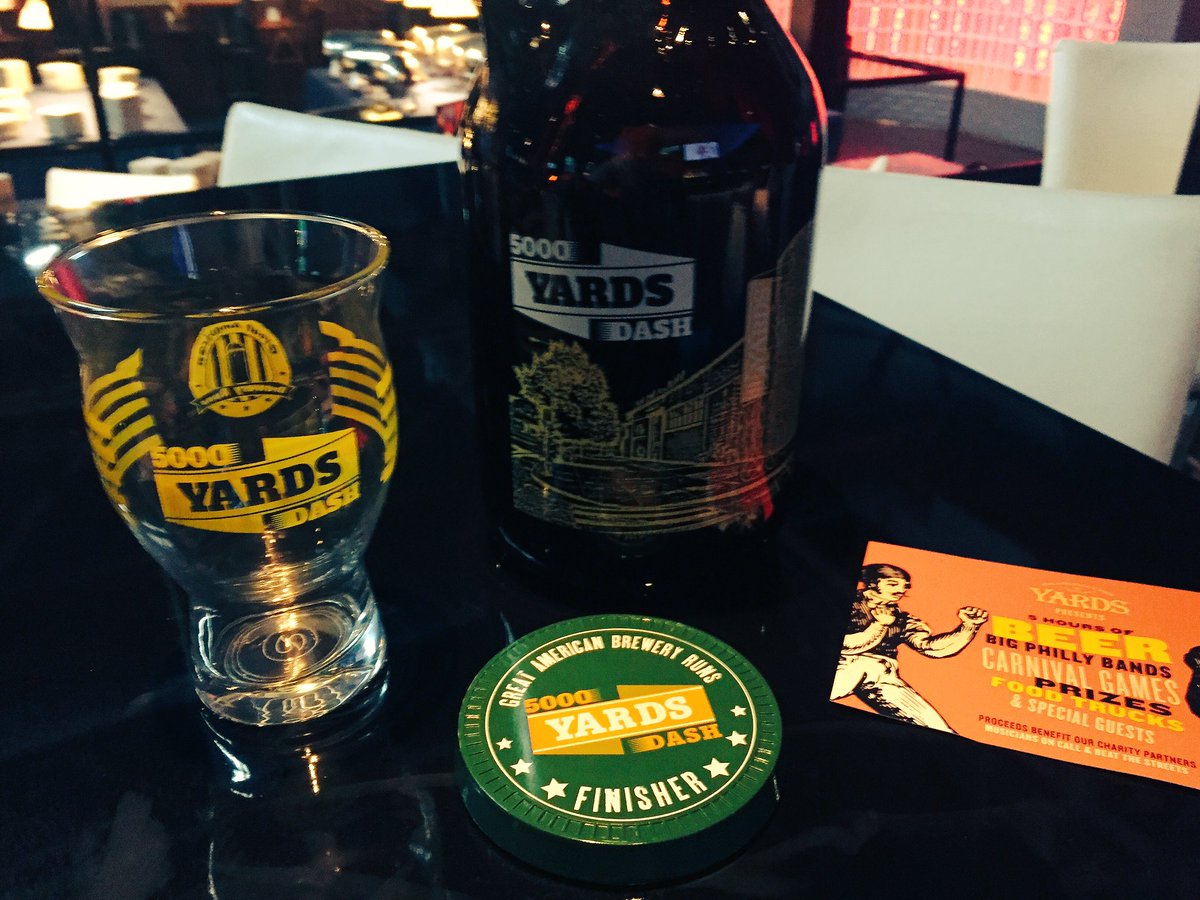 The run started at Yards Brewing and ran down Columbus Blvd. If you aren’t very familiar with the area it is a unique race course for Philadelphia. Unique because to date no races in Philly have run this course before.  Since the race was only 2.8 miles long there wasn’t much to the course. A straight run down Columbus Blvd. for about a mile and a half, a left turn into Penns Landing and exited back onto Columbus Blvd. to head back to the brewery.

However just because the course sounds simple there was still a lot to see. The race was lucky because that same weekend a naval ship was being commissioned in the harbor. As a result every runner got to run past an active ship, a unique scene for sure. You also ran through the tourist section of Penns Landing. Passing by restaurants, a visitor center and folks taking in the sites for the day. 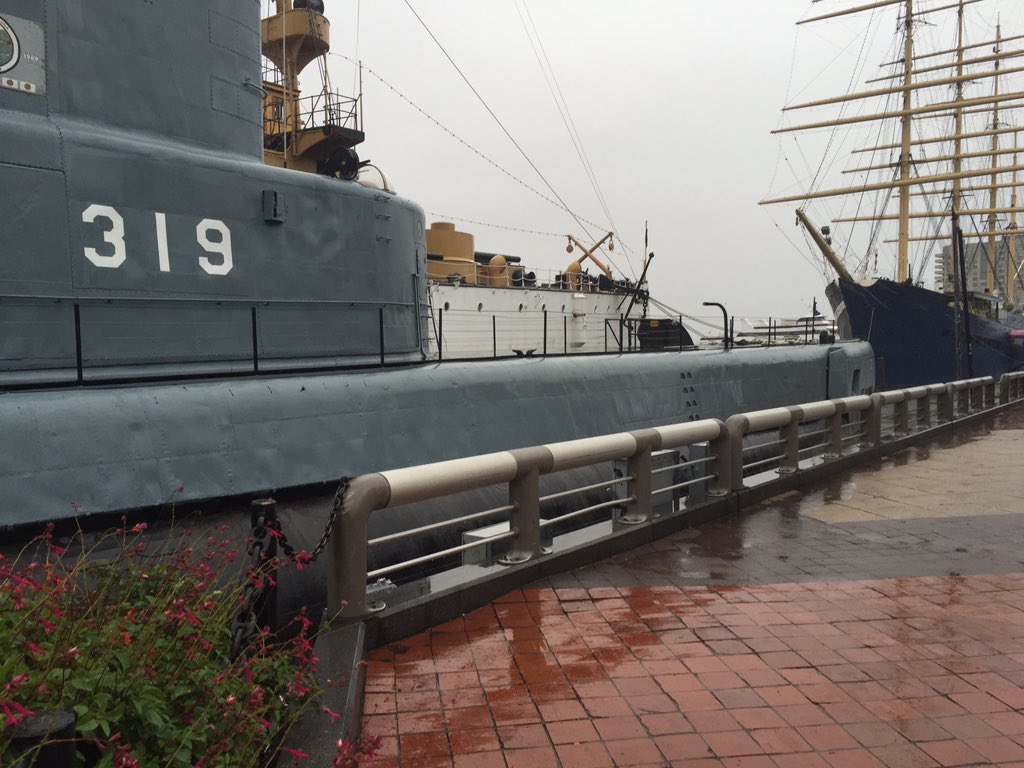 How many Philly races run past an active ship? Not many!

The race unfortunately did not luck out with the weather. At the start of the race and all throughout the course the rain pounded. However this did not prevent the race from being a success. Especially those runners who ran the Broad Street Run earlier this year; Philadelphians usually prepare well for rain when it comes to race day.

The post-race after party was just as a success. Even though the rain kept pounding, people still hung out to enjoy a Yard Brewing beer and some post-race snacks. My only comment here would be for the race directors to try and speed up the beer line next year. They had over 1,400 runners so I know this isn’t easy. However the beer lines were very long and my thought would be to try and split the lines up into two separate lines to try and shorten them. Either way the post-race activities were a lot of fun. 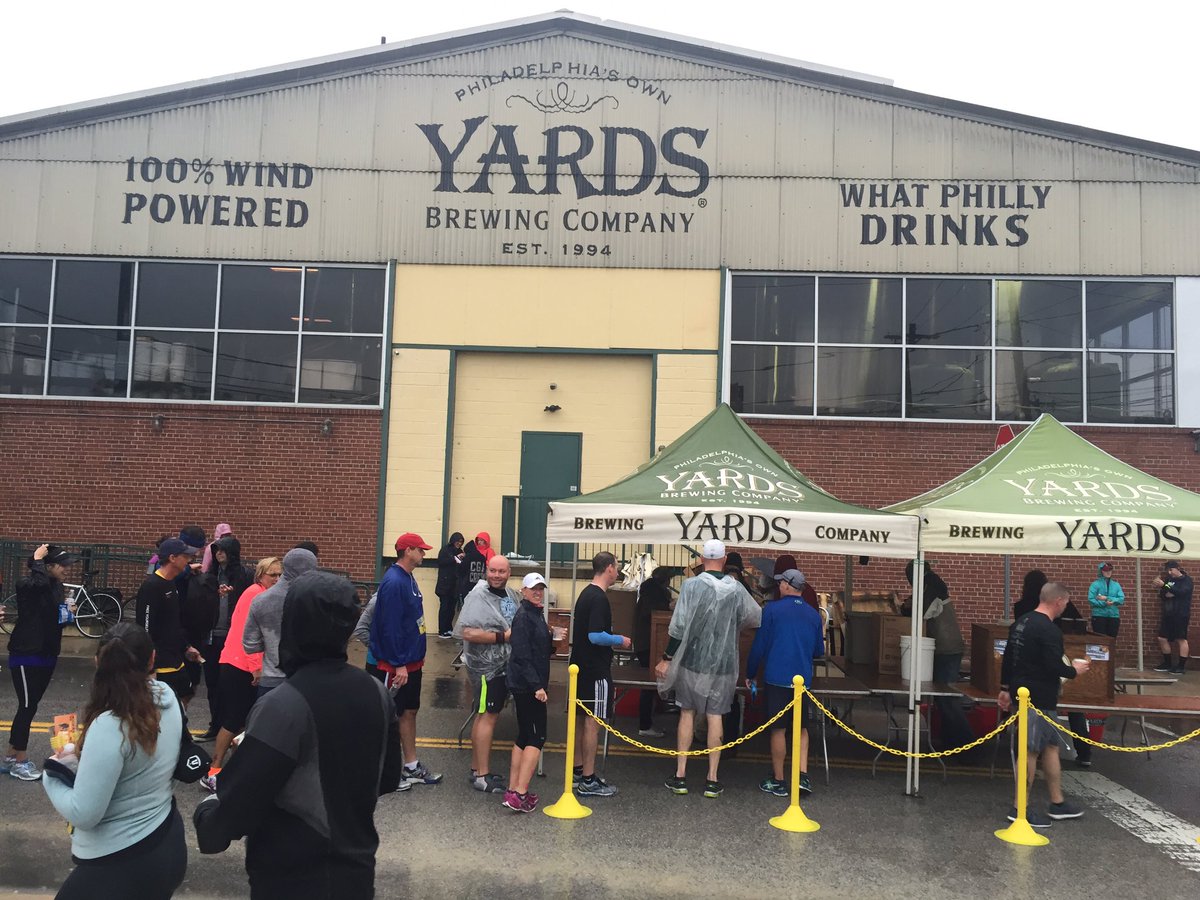 2016 was the first time for the 5,000 Yards Dash and it is my hope they bring it back in 2017. It was a very unique race course that no other runs in Philadelphia covers. Yards Brewing is also one of Philadelphia’s most iconic breweries, and with the growth of beer running they deserve a race to themselves. And at 2.8 miles long this is a perfect race for new runners and veterans alike.

Did you run this race? If so, add your review on BibRave for others to see!

Thank you to my #1 supporter braving the rain and cold!