The Rock ‘n’ Roll series of races will always hold a special place in my heart. That is because the 2013 Philly Rock ‘n’ Roll Half was my first ever half marathon. Having run my first 5K in June of that year I went on to complete the Half Marathon by September. It was a very exciting time in my life as it was the beginning of this running journey I have been on.

So I was very excited to run the 5K in 2016. I would have ran the Half Marathon again, however a friends wedding put a stop to that. So opted for the 5K instead.

The best thing about running a 5K in the city of Philadelphia is how exciting they are. Having began to run in other states, it is giving me a stronger appreciation of the running community of Philadelphia. This 5K had over 2,000 runners in it. Compare that to a Half Marathon I ran in another state recently that only had 600 runners. Needless to say, Philadelphia comes out for races.

The run was the normal Philadelphia route, starting at the Art Museum, or for out of towners, the famous Rocky Steps. The course headed down Martin Luther King Dr. for a mile and a half, turned around and finished back at the Art Museum steps. Not a difficult course by any means as MLK Dr. is primarily flat. The beauty of this course is that it is a four lane road that they shut down completely. So while there was over 2,000 runners there was plenty of room to move around and never felt crowded. 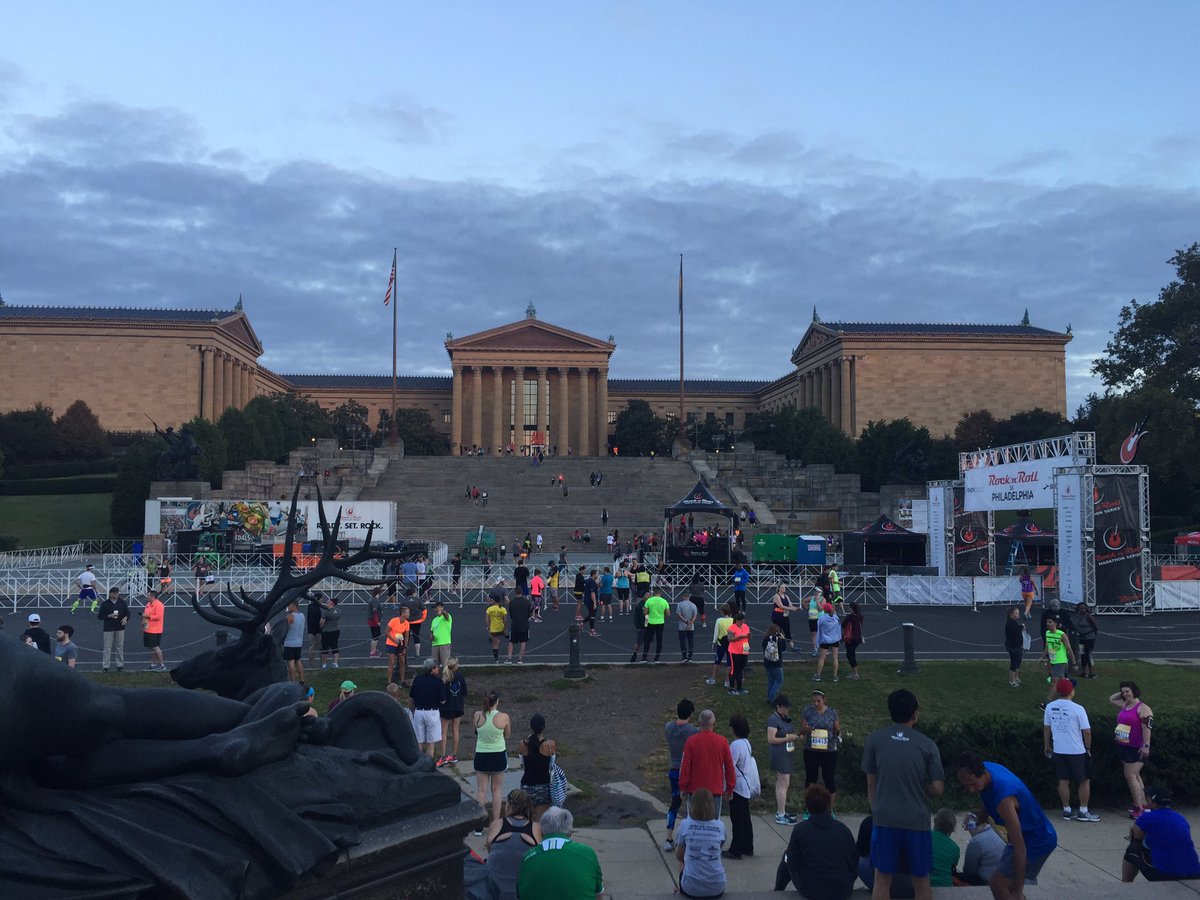 As a result of the open space and flat course, most 5K’s that run this path provide for a positive experience. However just because it is a flat and open out and back, doesn’t mean you won’t enjoy yourself. Because of the area that it is in, the course does cross some very pretty scenes and at times allow you to feel like you aren’t running in the middle of a very busy metropolitan city.

The back of the Art Museum

The Rock ‘n’ Roll organization also did a great job with the course amenities. To my knowledge there were two water stops on the course, and with it being an out and back made for a total of four during the 3.1 miles. So there was no shortage of refreshments if a runner needed them. Since this was a Rock ‘n’ Roll course they also had bands playing along the way. A Scottish themed band (even with bagpipes and kilts) was playing at the beginning of the course and around the 1.25 mile mark a DJ was set up. So you could enjoy some great sounds to distract you from the miles that lay ahead.

The finish of this course is always fun. As I said, the majority of this traditional 5K Philly course is flat. However right before the 3 mile mark (probably at 2.9 miles) there is a hill you have to climb to get to the finish. Not a big hill, but a bit steep. What makes it fun is that after running a primarily flat course this becomes the challenging part. And while you may feel challenged and want to slow down, this is also when you start seeing course spectators. The last .2 miles of this course is lined with hundreds of screaming people driving you home to the finish line. So even if you wanted to slow down you get a perfectly timed shot of adrenaline to push you to the finish line.

If you’ve never ran in Philadelphia, I really hope you give it a try. This city comes out for races like no other city I have experienced. We love our running community and support those who go the distance. I would recommend this race to anyone as it was flat, spacious and filled with fun. 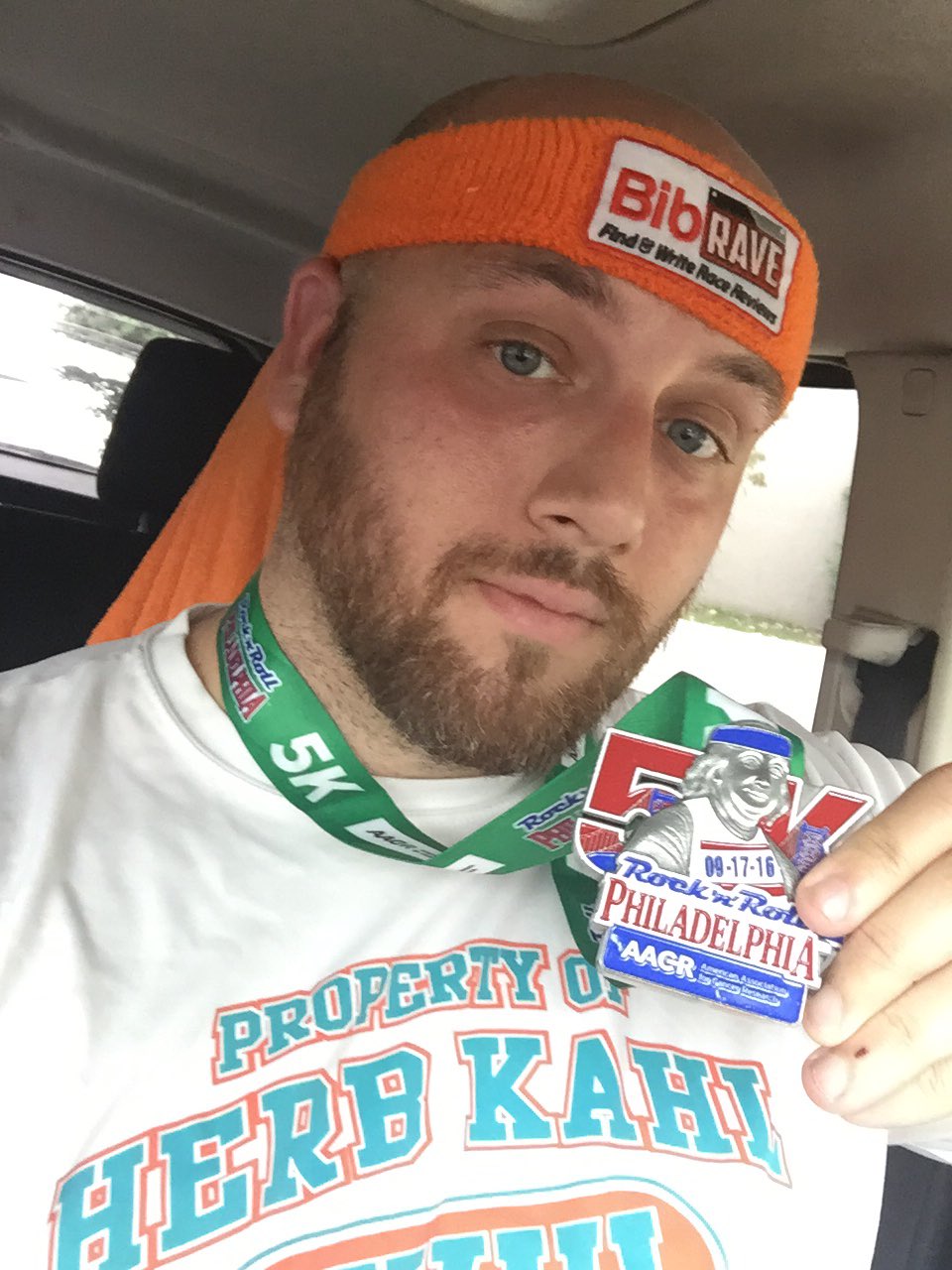 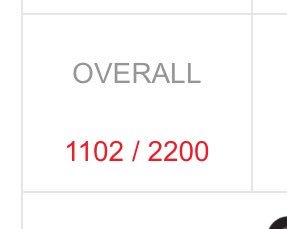 Are you really about that mid pack life, the way I am?