My most recent runcation (as I have dubbed them) was my trip to Atlanta, GA for the Craft Classic Half Marathon. This post is not a review of the race. If you would like to read my race review, check it out here. Instead this post is about the weekend my fiancé and I had in a city we have never visited before.

We flew out Thursday because as she likes to do, she wanted to tour the city. In fact it is getting to the point where I think she forgets we do these trips for races and not just touring a new city. I say that because days before the trip when we were discussing our plans she said to me: “oh yeah, you have that run on Saturday.” Yes, that run is on Saturday…….you know…..the reason we are traveling.

So Thursday we landed in Atlanta and got to our AirBnB. Side note: I will never travel without AirBnB again. Why stay in a chain hotel when you can live like a local??? The AirBnB we stayed at was amazing. If you are ever in Atlanta give Andy and Kim a look. We got there and they had an empty growler along with a $1 off coupon to the local growler shop. I did not tell them I was a craft beer fan so this was fate for sure.

After getting ourselves cleaned up the exploring began. And did we ever explore. She made plans on the itinerary to see the Coca Cola Headquarters and Georgia State Aquarium on the first day. Along with these two long tours we also got some amazing bar-b-cue. I didn’t think Atlanta was a big BBQ location, but it was amazing! After a full day of tours I took a look at my health app on my phone and it said we walked close to 9 miles. Made for a long day for sure. However we did see a lot of great sites during the day. I was surprised after just the first day how much Atlanta had to offer.

Here are some sites from the first day:

She wanted to get up close to the penguins. The picture on the left may be my most favorite picture I have of her

After a full day of exploring the city it was time to get back to the AirBnB and figure out dinner. We headed home and I decided it was time to get that growler filled. Luckily the growler shop was also next to a Mexican restaurant so we killed two birds with one stone. We ate some delicious Mexican food for dinner and after headed to get the growler filled. We walked into the growler shop and met the two shop owners, Hunter and Camric. If you are ever in Atlanta check them out. They were super knowledgeable and walked me through the local beers. After tasting a few I decided on one and got it filled. We got to talking and I brought up how I trade beer. They handed me their cards and said how much they trade too. Walked out with a growler of craft beer and new Atlanta beer trading partners. A great visit to the shop for sure.

Friday came and it was back to exploring Atlanta. I told you they had so much to do right? Although this time I convinced my fiancé we needed to get a car. For as much walking as we did we also did a good amount of driving via Uber the day before. I calculated how much more we would need to drive and the cost of a rental car was a cheaper (and more convenient) option. I tried convincing her before the trip we should have gotten a car but she didn’t agree. However after the first day of walking for miles she began to come around on the idea. So we rented a car first thing in the morning and headed where any visitor to Atlanta should head for breakfast: Waffle House! As a Braves fan I have always wanted to get here because of how much I heard about them. 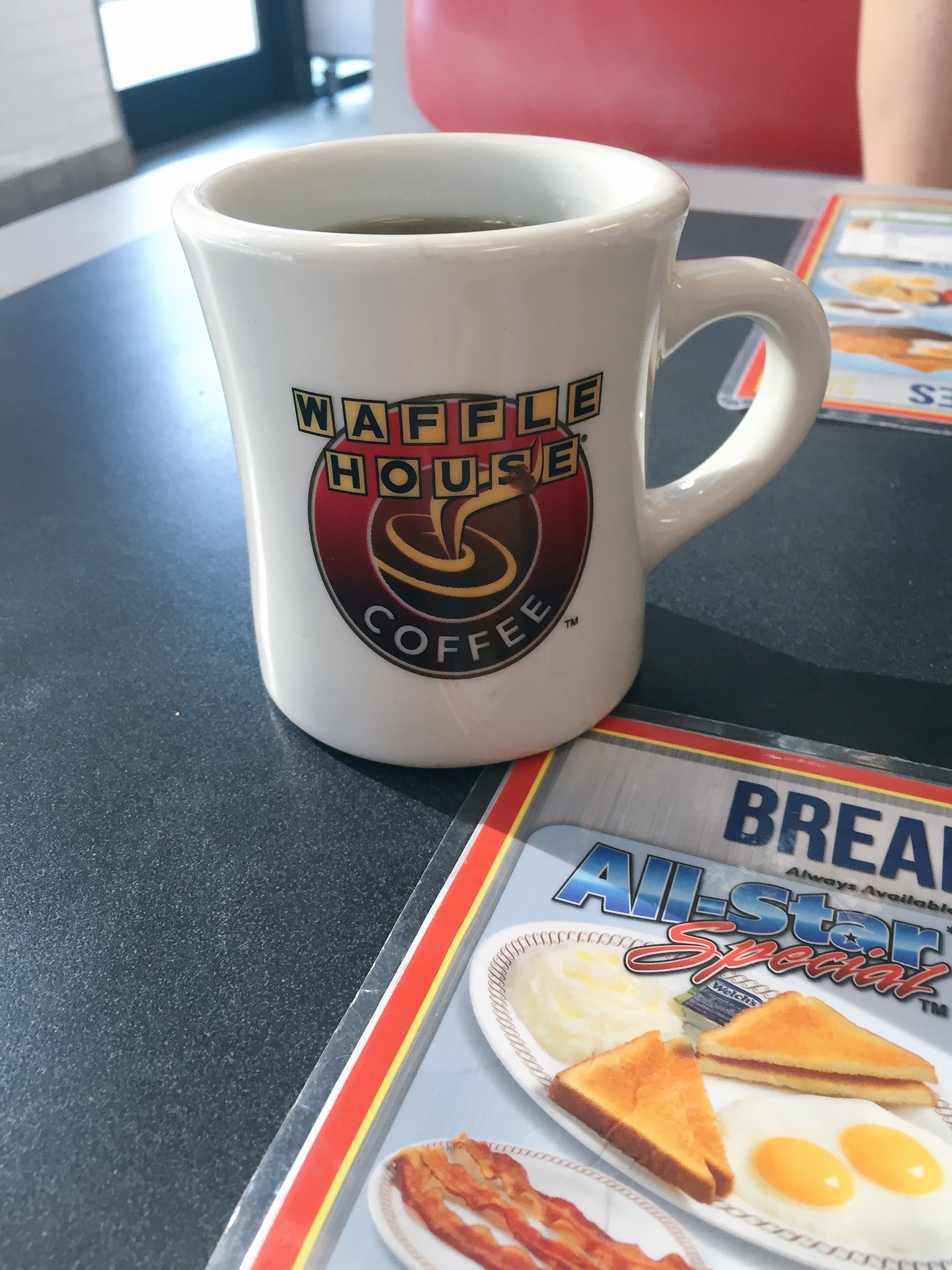 We filled up on waffles and eggs and were on our way for another day of exploring. On this day, because of the car, we only put 7 miles of walking on our legs. We took tours of Turner Field, CNN Studios and the College Football Hall of Fame. Not sure why we decided the day before the race to make for the most tours, but the day was packed with tons of fun! We got to see a behind the scenes view of Turner Field and CNN Studios. Seeing how the two operations work. And the College Football Hall of Fame was amazing. Getting to learn about a sport I love so much was a lot of fun.

Finally made it after 31 years!

Seeing the only display that mattered. Let’s go State!

Once the tours were over it was time to get some craft beer. One thing I love about doing these runcations is being able to see the local craft beer scene. I love seeing what each part of the world is doing with beer. So we headed to Torched Hop in Atlanta. Not only did they have amazing beer, but they also have an amazing selection. Highly recommended!

When traveling you have to go with a flight to try the most!

After loading up on liquid carbs it was time to get our bibs for the next mornings races. We had to drive out to the local running store hosting the race. So we got in the car and headed north to the store. The bib pick up was fun because we got a lot of free race swag, but were also able to pick up one of her Christmas presents early. She has been jealous of my Oofos brand sandals and has wanted a pair of her own for a while. However usually you can only get these online. So when we saw the store sold them, and also offered 10% off, we had to pick them up.

We picked up our bibs and it was time to head home. By now it was around 6:30 in the afternoon and we had been active since picking up the car at 9 AM. Needless to say it was time to rest for the big day tomorrow. Since we ate at the brewery earlier and picked at food all day, we didn’t really want a traditional carb loading night before the race. So instead we opted for ice cream, because why not. So we grabbed some ice cream and headed home.

The next morning was race day! With a 6:00 AM wake up call it was an early day for sure. No need to recap that here as I have already written about the race. Check out my review here. However it is worth noting here that this was our 2nd official race together. We ran a small town 5K last year and now this race. I went out for the Half and she completed the 5K. We both got to enjoy post race festivities as runners.

We got cleaned up from the race and it was time for more activities. Why travel if you aren’t going to see the city, right? This was the first race we traveled for that was at the Half Marathon distance. This is important to note because so far we have only traveled so I can run a full marathon. Not being the fastest runner in the world this takes up a majority of our time (between racing and recovery). It was fun to travel for a half because we were cleaned up and ready to go before lunch time.

So we cleaned up and went to the second reason (behind the Braves) that I wanted to go to Atlanta; SweetWater Brewing. I first learned about SweetWater last year and I was instantly hooked. They have slowly been delivering up my way, but I had to go right to the source. So we got in the car and made our way to the brewery. We sampled a lot of tasty beer and enjoyed the sites and sounds of one of the more larger beer distributors in the south. This is a must do for any craft beer lover. 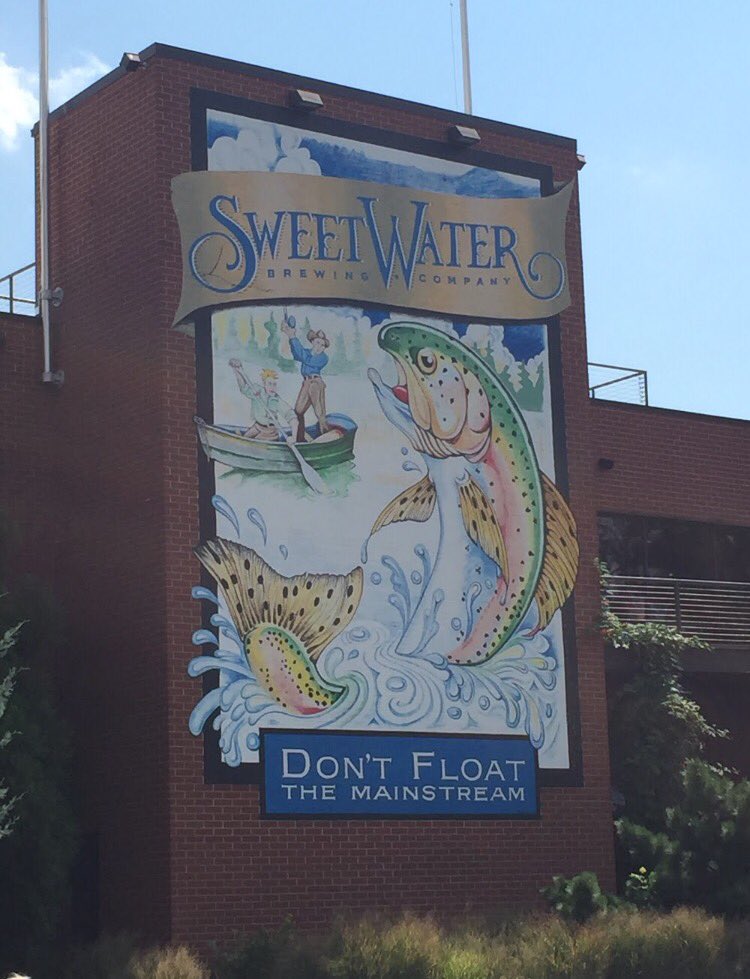 After spending all afternoon there it was time to head home because we had a Braves game to catch. Growing up as a kid my favorite Braves player was Chipper Jones. As luck would have it, the Saturday night game was a Chipper Jones bobble head giveaway game. When we originally planned to go to Atlanta I knew I wanted to see my favorite baseball team play. When I found this out about the bobble head, this became my sole mission. They said only the first 20,000 fans would get one, so I forced us to go to the game way earlier than we should have. She mocked me for getting there so early, but I was like a kid in an amusement park. I would have been very sad to get there late and miss the giveaway. Luckily we each got one as we arrived an hour and half early.

So we walked around the stadium before the game eating some food, drinking beer and seeing what was going on around us. And finally it was game time. We made our way to our seats and took in a ball game at Turner Field. My 15 year old self thanks me for this. 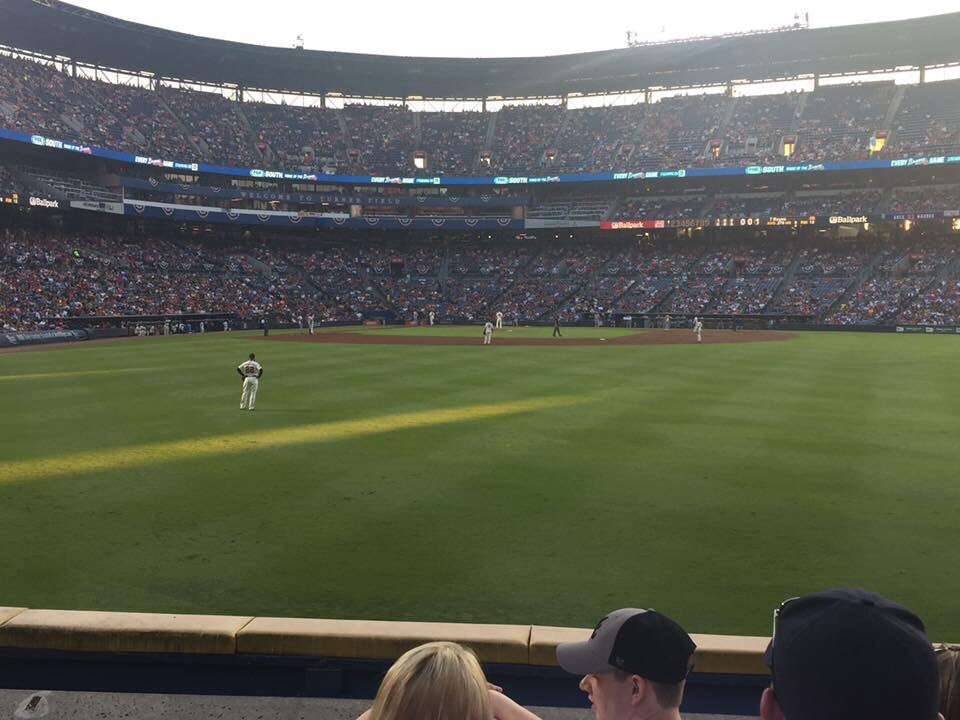 Sunday morning arrived and it was time to pack up for the plane ride home. Normally this would be boring and worth skipping over. However while at the airport I couldn’t help but notice someone who looked like Charles Barkley. After many double takes (and seeing people come up to him) I confirmed it was Charles Barkley. I thought that was really cool and went along with my day. Then, to my surprise, Jerome Bettis comes up and starts talking to him. What??? Without a picture there was no way anyone would believe me. So I snapped one.

I believe I heard recently Charles got hip surgery. Which made sense because he was walking with a cane. As he walked away my fiance saw one of the rubber stoppers on the bottom of his cane fall off. She nudged me and said “why don’t you go pick it up and give it to him?” So I did just that. I grabbed the rubber stopper and walked over to the basketball legend. I gave him his stopper, he shook my hand, asked me my name and went on his way. A very cool and unique experience. Even better both he and Jerome were on my flight home. So I can say I’ve flown with Charles Barkley and Jerome Bettis. That’s cool, right?

So there it is, another trip in the books. I write recaps like these because of how memorable these trips are. When my fiancé and I are old and grey and the running trips have stopped, I want something to look back on and remember the exploring her and I have done. I am very lucky to be with someone who shares my sense of adventure and knows how to make the most of a short period of time. We may have only had 4 days in Atlanta but it feels like I have seen everything it has to offer. On to the next one……