The month of March was a busy one (at least by my standards). It was the first month of the year that I ran 50+ miles. Compare that to last year when the first month of 50+ miles was June. Putting me 3 months ahead of my running from last year. Overall I had a lot of running fun during the month of March and it was a month of up’s and down’s. During that month I struggled with 12 minute training miles and succeeded with my first sub 30 minute 5K of the year.

I started off the year very slow. My last official race of 2014 was the Philly Half Marathon. And in 2014 I spent all year training for another Half as well as my first Triathlon. So I told myself after the Half in November that I would slow it down. And slow it down I did. In December I ran just 3.1 miles, January 10 miles and February 19 miles. So to more than double the total of the 3 previous months combined and jump right back into it with 50 miles in March really kick starts my year.

One of my 2015 running goals is to run 100+ miles in one month during the year. For someone who first started running in 2013, this is a lofty goal of mine. Based on my March miles I am on target to hit 100+ miles by September. Which works perfectly because that will be the time when I am running 18-20 mile long runs for my Chicago Marathon training program. 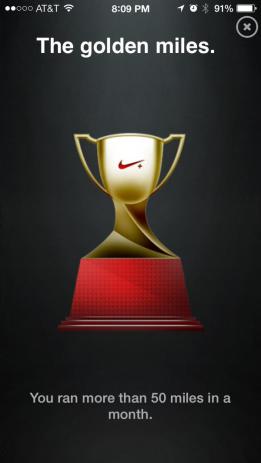