This past weekend was the Back on My Feet Philly 5 Miler. The Back on My Feet (BoMF) organization is a great group that helps rehabilitate the homeless through running. They have local operations in many cities across the country. If there is one close to you and you love running, it’s definitely an organization you should try and get involved with in someway.

They have locations in the following cities:

Their Philadelphia chapter put on a 5 mile race this weekend along with their primary sponsor, AT&T. It was a great way to not only help in my year long marathon training of races above 5K distance but it also allowed me to help out an organization that is doing a lot of good in the city of Philadelphia. 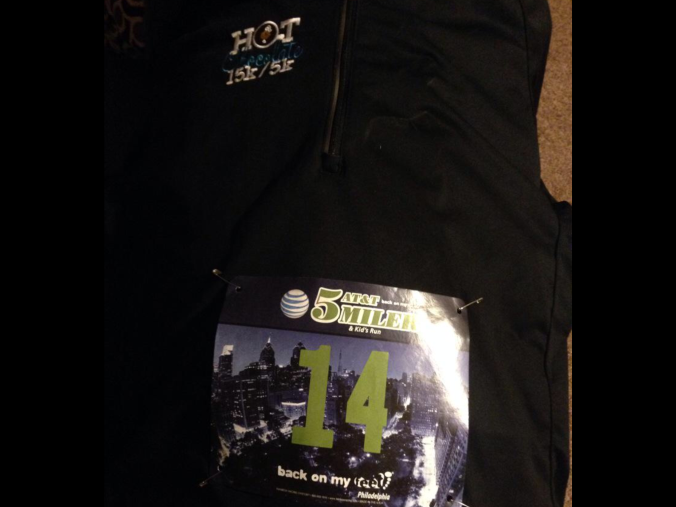 BoMF allowed for two packet pick up options. You could pick it up the day of the race, or you could stop at the Philadelphia Runner Center City location the day before. (Side note: Philadelphia Runner is Philly’s premier running store, check them out if you’re ever in town). I chose the day before option. I took the train down to the city (coming from the suburbs) and walked the 5 or so blocks to the store and got my packet. It was an easy process, just gave them my bib number and got what I needed. Took only minutes. My only critique would be to extend the hours of packet pick up. Coming from work I took the earliest train I could to get there on time. And even that train only left me with 15 minutes before packet pick up closed. Next year I’d extend the pick up hours by 30 minutes or so.

They held their annual 5 Mile run by the famous “Rocky Steps” as most people know them. For locals it is the art museum steps. The course ran your traditional running route of most large races in Philadelphia. Starting up MLK Drive, looping through Fairmount Park and back down MLK to the finish. For those who aren’t local this course follows the Schuykill river. It’s a really nice course because it’s open and you get a great view of the river and the city. A mile and a half in you do have to deal with the Sweet Briar Lane hill. On this hill the elevation jumps almost 100 feet from top to bottom. I started the race feeling really good with my running (lately I haven’t been) and didn’t think I’d walk any of it. That clearly changed at this hill. I walked about 3/4 of the hill but by the top of it got back to running. The good thing was, there was an equally as steep downhill at the end of mile 2 that made up for this walking. I ran the remainder of the run back down MLK Drive and in a time of 49:00 (unofficially) I PR’d the 5 Miler! 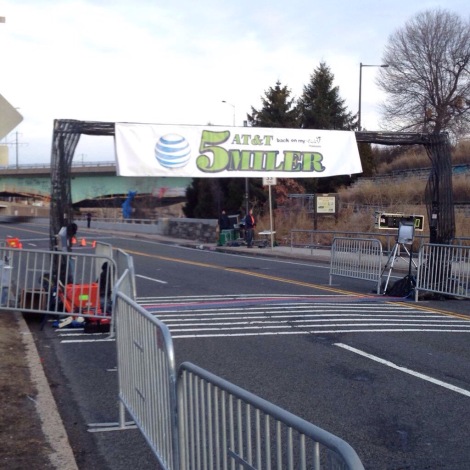 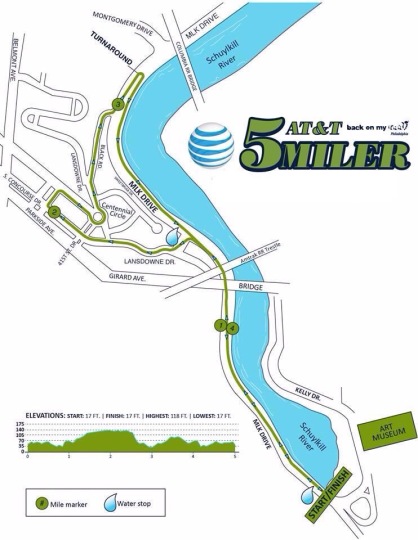 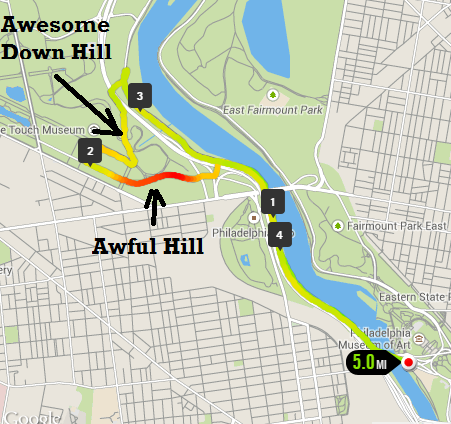 BoMF did a pretty good job with race swag. They gave away a bag with a bunch of goodies. The bag itself was nice. It seems like it holds a good amount and at the same time it is mesh and see through. Since the attacks at the Boston Marathon most races require see through bags. So this will be a good bag to bring to those races. Plus I like having bags like that for gym bags. There was also discounts on other races in the city, sporting good discounts and other things. There was even a pretty nice pair of sunglasses. However I am certain they are women’s. They also gave away a tech shirt. It’s a nice shirt but really bright yellow. If I ever have a late night run I would wear it for safety. But I don’t think I’ll wear it out casually or at other runs. See for yourself:

Overall this was a really good run. Outside of the obvious benefits of supporting such a great cause the run itself was a lot of fun. There was a lot of post race treats and plenty of volunteers to help out in need. Runners passed the same water station at 1.5 miles as they did at 3.5 so there was plenty of opportunities to rehydrate yourself. If you live in the Philly area and are looking for a run to test yourself out early in the year this is a great choice. It was cold enough out that it really tested you physically and the course was long enough to kick start your running year.

Of course, no trip into the city would be complete without the Philadelphia Parking Authority issuing tickets for expired parking meters. Came back to this beauty after the run. Thanks Philly!

One thought on “Race Review: Back on My Feet Philly 5 Miler”