This past weekend I competed and finished my first Duathlon. It was a 5K run followed by a 15 mile bike ride, finished with a final 5K. It was my first race that I can honestly say I felt out of place. For no other reason than it was very official. Much more official than any other race I have competed in. Competitors showed up in outfits that would give Lance Armstrong a run for his money.

Meanwhile I showed up in my normal 5K gear. Gym shorts, ratty shoes and my Running For Autism shirt I normally wear. I felt like I was out of place and everyone was staring at me. A few things didn’t help that out. One was the fact that there weren’t too many people running this race. Maybe 75- 100 competitors? A very small field so it was easy to stand out. And the second was that at least 5 people came up to me saying they were impressed I finished. I guess I don’t have the running body type. But this I already knew. I always have felt like a weight lifter who stumbled into running. I don’t think I’ve ever felt like I belonged in the running community. But hey, it hasn’t stopped me from completing countless races from 5K’s to half marathons.

But back to the race….

It was definitely a lot of fun. And probably the most intense race I have done to date. I will not say half marathons are easy because they are not. And if someone tells you they are they are lying. Regardless of their racing experience. But what I will say is that long runs like half’s are just the same movement. It’s one foot in front of the other. The Duathlon was a lot different in the sense that you had to go from one activity to another without rest. I can’t speak for anyone else, but for me I need some time to mentally prepare myself to go to a new activity. In the Duathlon you don’t get that option. Hop off the bike and start running. Stop running and jump on the bike.

So from that standpoint it probably has been the most intense run I’ve done to date. And it was a great time. So I guess now I’m a duathlete? It’s awesome! And big props to Twiley Sports for putting on a fun event. 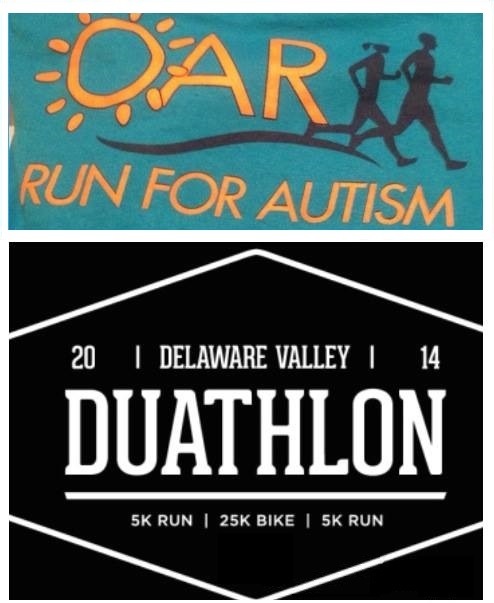 On my ride home I had some time to do a lot of reflection. The run was about an hour from me and I went alone. So I had some time to collect my thoughts. And I reflected on this running journey I’ve been on for the past year. Many years back when I dabbled in running I always said “I don’t like running. Where am I going? What’s waiting for me at the end? What’s the point?” Here I am years later, a half marathon under my belt, Duathlon, countless 5K’s and a 15K. But I can honestly say my thoughts on running haven’t really changed, regardless of spending this past year running regularly. I don’t necessarily look forward to the running. And at the beginning of every run I always feel like it’s going to be too hard.

So I tried to think about what has changed, what has made me continue to push myself to do all these long races and do them as frequently as I do? And as it gets warmer out I see so many people out for runs. Neighborhoods, busy streets, cities everywhere people are running. And as I see that I realize what has changed. I feel like I am part of a community. Part of something much bigger than myself and something that I feel a part of. I still dread every run I have. I still hate the first hundred steps. But what keeps me going is feeling so connected to something so positive. Honestly there is nothing negative that comes from running. Most runs are for charity, people use running for positive transformation and if you look at the Boston Marathon 1 year after those vicious attacks, look how positive it was. I myself have raised a significant amount of money and awareness for Autism then I ever would have just because of running.

So when I look forward to the many more runs I have this year I look on with excitement. Not because I love running, because trust me it’s hard and difficult. But because it allows me to be a part of something so awesome.

3 thoughts on “So I Guess I’m a Duathlete Now”